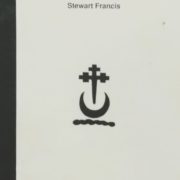 The following material was an appendix in editions 1-3 of The Hannays of Sorbie. In the process of editing the new 4th Edition (release date to be announced), this section was removed from the upcoming book. As we still wish to maintain the source material for research purposes, however, we are posting it here.

To illustrate the variations in the spelling of the family name in Galloway in the 17th century, here follows an extract from parish records. It also gives an example of the effect of the religious enforcement laws upon the populace. Each parish minister was required to produce a list like the following.  It showed all persons over twelve years of age so the magistrates could administer the Test. These lists were required as of October 15, 1684.

Those who are fled irregular are Jennet Camphell and Thomas McKie residing in this parish are irregular Elizabeth Stewart excommunicate and Robert Shaw adulterer and Elspeth Hannay adulteress both contuminous as witness my hand,