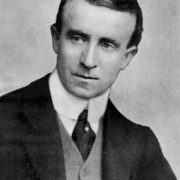 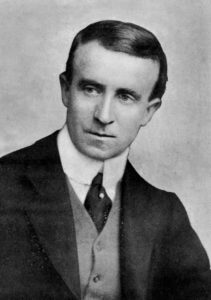 John Buchan, 1st Baron Tweedsmuir (1875-1940) and Governor-General of Canada from 1935 to 1940, was a Scottish novelist and politician whose most famous creation was his hero Richard Hannay.  In fact, Robert Powell, who played the character in the 1980s television series based on Buchan’s books, was made an honorary member of the Clan Hannay Society.  Powell is also said to have worn on occasion a Clan Hannay tie.

How did Buchan come to choose Hannay as the name of his protagonist in The Thirty Nine Steps and its sequels?  Those who have read the book — or seen one of the film adaptations — will note that a good part of the action takes place firmly in Hannay country: Galloway. Was the author a friend of a Hannay? Had he visited the area as a young man?  The action of the book quickly moves from London to Scotland when Hannay needs to go into hiding after witnessing a murder.

“A train left St Pancras at 7.10, which would land me at any Galloway station in the late afternoon.”

As Hannay works his way west from Dumfries to evade his pursuers, Buchan describes a natural landmark East of Newton Stewart.  He proceeds cross-country with the intention of doubling back by train to throw them off his trail.

“Over a long ridge of moorland I took my road, skirting the side of a high hill which the herd had called Cairnsmore of Fleet.”

Jumping off the train somewhere between Cairnsmore and Dumfries, he stays at an isolated inn, where he asks the innkeeper to cycle to Newton Stewart to deliver a message.

“‘Now I’ll tell you what I want you to do,’ I said. Get on your bicycle and go off to Newton Stewart to the Chief Constable.”

Almost all of the rail lines in Galloway have since been torn up, but at the time the book was written, the Portpatrick and Wigtownshire Joint Railway would have run between Newton Stewart and Castle Douglas, right along Hannay’s route.

So how does any of this information from the text of The Thirty Nine Steps shed light on Buchan’s decision to use the name “Richard Hannay”?  Furthermore, why did Buchan choose Galloway, of all places?  And why this particular part of Galloway?  Clan Chief Professor David Hannay states:

“John Buchan used to stay at Ardwall with the McCullochs, with whom he was friendly. At the time my grandparents were living in the next door property and it was said that John Buchan took the name of Richard Hannay from them.”

The Chief’s grandparents were Frederick and Dorothea Hannay, who lived at Cardoness.  As you can see from the map below, none of places listed above are very far from each other.  One can easily imagine Buchan becoming familiar with the surroundings — and the neighbours — during his visits with the McCullochs.  And the rest, as they say, is history! 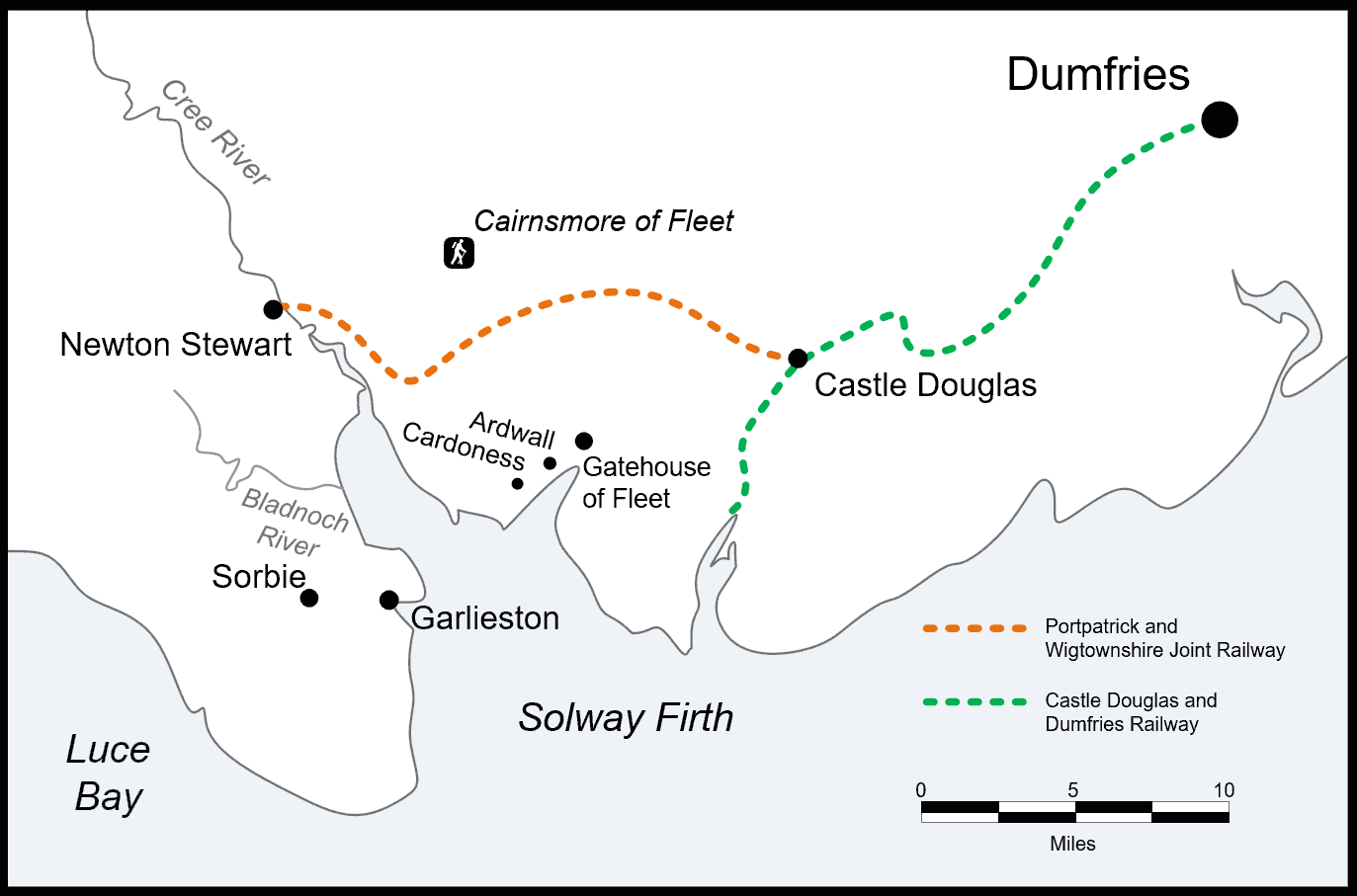