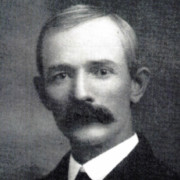 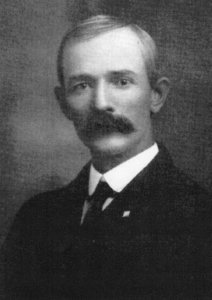 Born in Genesco, Illinois on June 12, 1866, James Hanna was the son of James Steele Hanna and the brother of Frank Willard Hanna.  At nine years old his mother died and the family moved west to the cattle country of Western Nebraska.  At thirteen James R Hanna began earning his own living.  He was employed as a farm labor in Jackson township and worked in construction of the trans continental railroad in western Iowa.  At eighteen he secured a teaching certificate and taught for 4 years in clay and Jackson townships.

In 1910 he entered the mayor’s race as a reform candidate and was elected for three consecutive terms for his honesty and integrity.  He built a new city hall, wrote a building code for the city and revised the structure of government to the commission form of government.  When he ran the first time he felt the city government was corrupt and took his cause to the people preaching honesty and fairness. The current mayor speaks of him often and considers him a role model. He also chaired the first city plan campaign.

After his run as major he became President of the Iowa Bank and was responsible for a lot of small business starting in Iowa.  His farm is where the current Adventureland is today in Altoona. He built an air strip where he used to fly dignitaries into Des Moines. Mr. Hanna distinguished himself for his stand against dishonesty and political affairs. The Honorable James R. Hanna died in 1931.