Excerpted from The Hannays of Sorbie, 4th Edition, available on Amazon.com in paperback or Kindle. All profits from sales go to the Clan Hannay Society.

George Hannay, the son of James Hannay, D.D., was born December 12, 1631. He fought, possibly along with his brother James, with King Charles II in the ill-fated Worcester campaign of 1650 and was taken prisoner by the Commonwealth forces after the battle. He did not receive the death sentence which might reasonably have been expected, but instead was transported as a slave to Barbados. However at the Restoration his fortunes improved and by 1672 he was “Deputy Provost Marshal (head of military police) of the Barbados to a certain Edwyn Steed.”

In 1673 he is ordered to “search the ships and places in St. Michaels town and seize and deliver the provisions necessary to the Master of the Garland as she is at present retarded for want provisions.”

In 1682 Colonel Edwyn Steed recommended that his appointment of Provost Marshal be transferred to Hannay, whom he described as follows:

“The Marshal is much troubled by his fortune. I can call it by no other name for he is an honest man, who was sold out here as a slave for helping the King at Worcester and is resolved to make a vigorous protest of his position to England though it was a great risk for one who lived so long in a hot climate to expose himself to the extremity of the winter and the expense of the voyage must needs be great.”

The trouble was that Colonel Steed “was so much affected with the Gout that he cannot perform his duties without the help of his deputy that he prays that he may surrender the patent and that it be granted to George Hannay.”

In 1683 George left for England on leave, and on October 31 the Crown Law officers were ordered to prepare a bill constituting him Provost Marshal of the Barbados.

During his absence there was some trouble over the case of Samuel Hanson whom George had arrested in 1682. And as the common jail had been destroyed by the hurricane of 1675, he was forced to confine him in George’s house. This form of custody seems to have been pretty lax for persons of quality. But George seems to have been stricter than most, for when Hanson escaped on November 27, 1682, after giving his parole “the Lords find no blame in Hannay for Hansons escape for Mr. Hannay had refused to let him go and drink with his friends in town whilst in custody.”

Samuel Hanson and an accomplice, Richard Piers, tried to sue George for wrongful imprisonment in 1684, but the King in Council ordered the Attorney General, Sir Robert Sanger, to defend him from “Urgent and vexatious suits” brought against him by these two.

In Hanson’s statement he also appears to have tried to set the Governor Sir Richard Dutton against George for he complains: “That Dutton had ousted George Hannay out of the Clerkship of Bridgetown and put in Rawlins, one of the musicians he brought from England, in his place,” and continues that “no man who can leave the Island will stay while Sir Richard Dutton remains Governor.”

Dutton’s answer was that “he knew nothing of Hannay and the appointment took place a month after Dutton’s arrival, in any case Rawlins was not a ‘common fiddler’ but had been educated in the Law at the Temple.”

In spite of these tribulations, George maintained his position except for a short period, for in 1689 Sir George Eyles and Colonel Kendall petitioned for his continuance in the appointment and on June 11, 1690, the Council agreed to restore him to his appointment.

A curious insight into the West Indies in general, and the position of the aristocracy before the law is shown in a memorandum from George on June 28, 1690, in the case of Sir Thomas Montgomerie:

“Sir Thomas Montgomerie was committed by order of 28th Feb 1690 and delivered to my custody on March 1st having been caught trying to escape in a boat to the French. I gave him three rooms in my house for respect to his dignity and all good usage but such was his strange lewd behaviour that I could not enjoy quiet in my own house and was obliged to keep a guard over him at my own expense, while his behaviour was so bad that the court passed several orders to prohibit him from receiving visitors, news ink or paper. On Governor Kendall’s account he had great hopes of release but has remained to my house until his departure when he refuses to pay my fees whereupon I distrained on his property. On my return he attacked me with a sword. I am ready to release him on payment of my just fees.”

In 1691 he went on leave to England again, and returned the next year. He was now a fairly old man, for in 1694 Lord Willoughby wrote to Sir John Trenchard begging the office of Provost Marshal for Captain Finney as Mr. George Hannay “the present holder is very infirm and aged.” He however seems to have held his post till his death in 1695, when on December 31 a warrant was issued to his son, James Hannay, as Provost Marshal of Barbados.

James took on where his father left off and was at once sued by one Ralph Lane regarding his imprisonment. His petition makes interesting reading:

“Petition to the Council of Trade and Plantations—I omitted to tell you in my last address that after the death of George Hannay I was released from jail and since December 1695 have been living in my own house though under restraint that I am liable upon any humour to be confined again in the common jail. This is such an awe to me that I have not ventured to seek for proofs of the wrongs I have sustained.

“I sent a petition to Governor Russell for copies of papers I required, but no answer was returned and I was told that if I made another attempt to attend you James Hannay will confine me with severity in the loathsome common jail. I am obliged therefore to remove my grievences to royall determination (i.e. London) dated April 29th, 1697.”

There may have been another George as both James and George appear in 1709, together with a George Hays, as executing the office of Marshal of the Admiralty Court. So perhaps George was the younger son also holding a legal benefice due to his late father’s influence.[1]

James subscribed to the Loyal address to Queen Anne on May 18, 1702 when she was proclaimed at Bridgetown:

“We pray your Majesty may preserve the balance of Empire against the overgrowing and exhorbitant power of the French King and all other that shall attempt to disturb the peace thereof of any of your Kingdoms, especially on the score of the supposed Prince of Wales[2] whose pretention we abhor and renounce from the bottom of our hearts being ready to offer up the last drop of our blood and the utmost penny of our fourtunes in defence of yr majesty’s right.”

In 1705, James petitioned and was granted leave for one year by the Queen. On May 10, 1707, the Queen wrote to the Attorney General stating, “you are to prepare a warrent for George Gordon to be Provost Marshal of the Barbadoes and thereby revoking the patent whereby James Hannay was so constituted.”

James thus resigned his post and became a private gentleman. In 1709, James married Elizabeth Price. They had a daughter Elizabeth and a son George. James is described in 1714 in the list of Gentlemen proposed by President Sharpe for vacancies on the Council of Barbados on June 1 as “a worthy gent of good parts improved by a liberal education at Oxford, of great prudence, resolution and integrety and of very good estate.” He appears to have continued to serve on the Council until 1728. In this year he could not serve on the Grand Jury of Session on December 10, but it is stated that he was a “proper person to do so” as he owned a large number of slaves. The seventeen Gentlemen listed as “proper persons” owned 339 slaves between them.

The Provost Marshal General’s second son George may in turn have had a son, also George, for one is recorded as living from 1700 to 1783[3]. He married Jane Thompson and lived in Lunenburg County, Virginia. His son Andrew married Ann Cunningham and died in 1793. Andrew’s son, Captain George Hannah, served in the War of 1812 against the British, and in 1806 married first Betsy Brent by whom he had three children. Later after they had moved to Arkansas, his wife died and he married Lucy Morton and had a further three children. His son, also a Captain in the U.S. Army, George Cunningham Hannah, was born in 1817 and died in 1878. 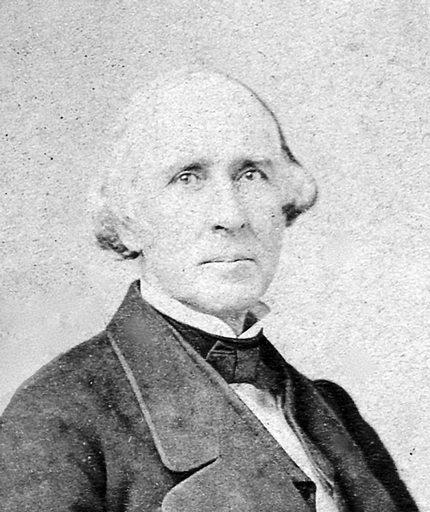 He married Ann Spragins in 1842; they had eleven children. His son Samuel Baldwin also served in the Army, and married, in 1874, Martha Elizabeth Hevener[4]. They had also eleven children, the most notable of whom is the Revd. Samuel Baldwin Hannah, who died in 1959 and was a noted Presbyterian divine in Virginia and also in Arizona.

[1] Stewart Francis, in previous editions of The Hannays of Sorbie, added:

“Supporting this theory, the Reverend James A.M. Hanna [1924-2007] of Oak Hill, Ohio, asserted that the second George was the younger son of George Hannay, the Provost Marshal General”.

The Reverend James, however, in his 1959 work Hanna of Castle Sorbie, Scotland and Descendants, also believed that Provost Marshall George was the son of John Hannay of Sorbie (d. 1640). James wrote that the younger George Hannay (or Hannah as spelled in the Rev. Hanna’s book), the Provost’s son, died in Lunenberg County, Virginia, in 1783. This implies a 143-year gap between the death of George and his grandfather. There is likely either one or more missing generations between Barbados and Virginia or a case of mistaken identity in conflating two different George Hannays. As noted later in this chapter, Stewart Francis believed that the George Hannay in Virginia was the grandson of Provost Marshall George.

[3] although as noted later in this chapter, there was a contemporaneous George Hannay (1702-1776) born in the Barbados, who subsequently emigrated to the United Kingdom.

[4] In previous editions, Stewart Francis stated that Samuel’s wife was incorrectly listed as Elizabeth Andrew Stevenson.  This is possibly due to some records being improperly transcribed. For example, one census entry lists Samuel’s wife as “Elizabeth A. Hannah”, and it is plausible that “Hevener” was at one point misheard as “Stevenson”.