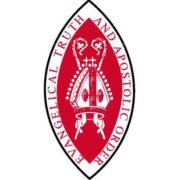 Thomas Hannay was the head of the Episcopal church of Scotland from 1952 to 1962.

Born in Liverpool in 1887, he was educated at the University of Liverpool and Queens’ College, Cambridge. While at Cambridge, he developed a strong interest in missionary work in Africa.  After ordination in 1910, he spent time as a curate in Yorkshire before joining the Universities’ Mission to Central Africa, where he worked in Nyasaland and Kenya.  He returned to the United Kingdom in 1926. He chose to become a monk, and from 1927 to 1942,  he was associated with the Community of the Resurrection in Mirfield and was the Principal of its Theological College from 1933-40.  In 1942, he became Bishop of Argyll and The Isles, and in 1952, he was elected Primus (Primate) of the Scottish Episcopal Church. This made him the first member of a religious order to become a bishop in Scotland since the time of the Reformation.