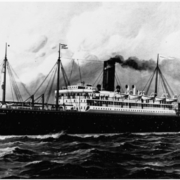 This is an excerpt from a work in progress.  Ren Hanámi Hanna is a member of the Clan Council.  She is an actress and author living in Los Angeles.

When I was a little girl growing up in suburban Huntington Beach, California, I didn’t think much about my family history or what it meant to be descended from two different races. I was taught that I was just American. It wasn’t until after 25 years of being asked, “What are you?” that I started to question, “What is my family history? How was it possible for such different people as my parents, from such different ancestries to come together?”

Looking through documents and photographs left by my parents and research on ancestry.com, I am beginning to uncover the stories of my family heroes. Many missing fibers of my historical tapestry leave it an unfinished weave, and my quest to put together the past continues. This is one small story of the journey to America and finding love told from my parents’ memories, conversations with relatives, letters, research, and my imagination. 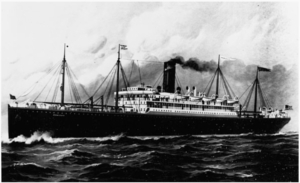 October 30, 1912, at the Port of Kobe, Japan, an eighteen-year-old woman from Hiroshima boards a ship called the S.S. Mongolia. She is bound for Honolulu in the U.S. Territory of Hawai’i. The moon is waning on this autumn evening, still full enough to cast a silhouette of the four-foot eleven inch frame of Sekiyo Itaya holding tight to the railing. As the waves crash against the six-hundred foot steam powered ship, Sekiyo felt too nauseous to stay below among the thousand other passengers in steerage accommodations, so she ventured above for air.

“Are you okay, Miss?” asks a tall, American steward.

Sekiyo bows, not understanding his words. Her hands quiver as she removes her passport tucked inside her kimono and hands it to him. She is eighteen years old, traveling alone for almost a month to a place she has never been to marry a man she’s never met.

The steward squints. “Well, I can’t read these symbols.” He is looking at the side written in Japanese.

Sekiyo gestures for him to turn it over. He reads the handwritten English side of the passport.

The steward hands her passport back.

“You do look a little peaked. Probably seasick. You can stay for a little bit, but then you best skedaddle below.” He points in the direction back to steerage.

Sekiyo bows several times, grateful not be in trouble and hoping not to vomit from sea sickness, as the young man leaves her.

1912 was the last year of the Meiji Period since the death of Emperor Meiji on July 30, and the Taisho Period began upon the accession of Meiji The Good’s son, Emperor Taisho.

Sekiyo and her family witnessed the transformation of Japan from a feudal, isolationist nation into an industrialized world power, and now the steam ship makes it possible to travel all the way across the Pacific Ocean to the new world. Although Hawai’i was not yet a state, it was a territory of the United States, the “Land of Opportunity.” 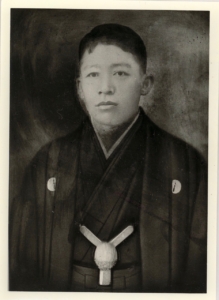 The Itayas were a poor farming family and it was customary for Japanese families to arrange the marriages of their children in hopes of improving their lives. Even though it must have been frightening for young Sekiyo, this was her chance for a better life for herself and future children. 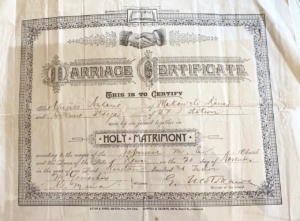 To be continued in chapter 2 (publishing date pending).